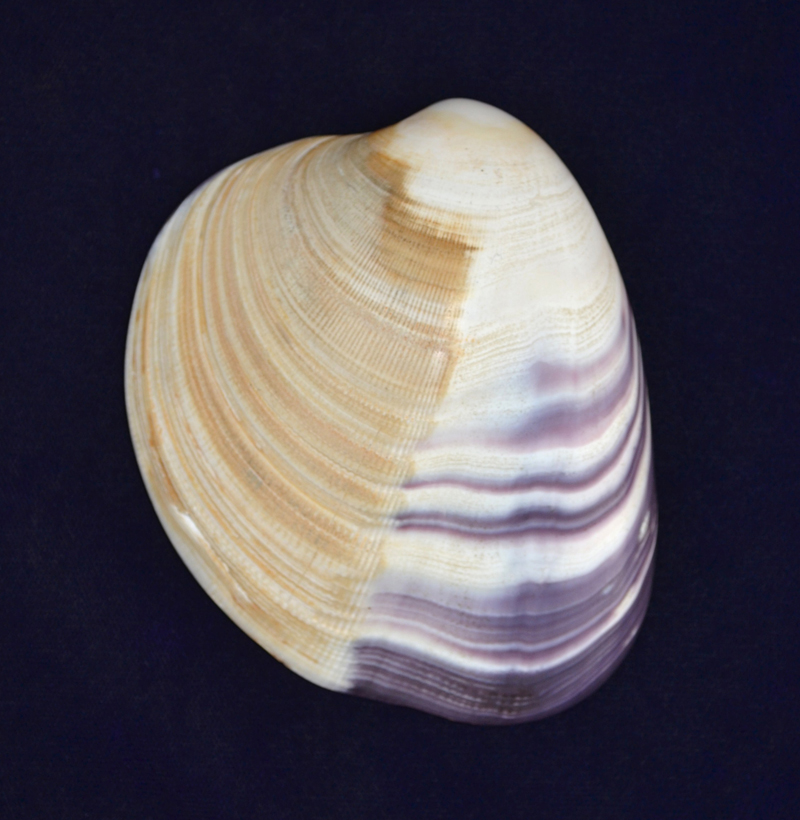 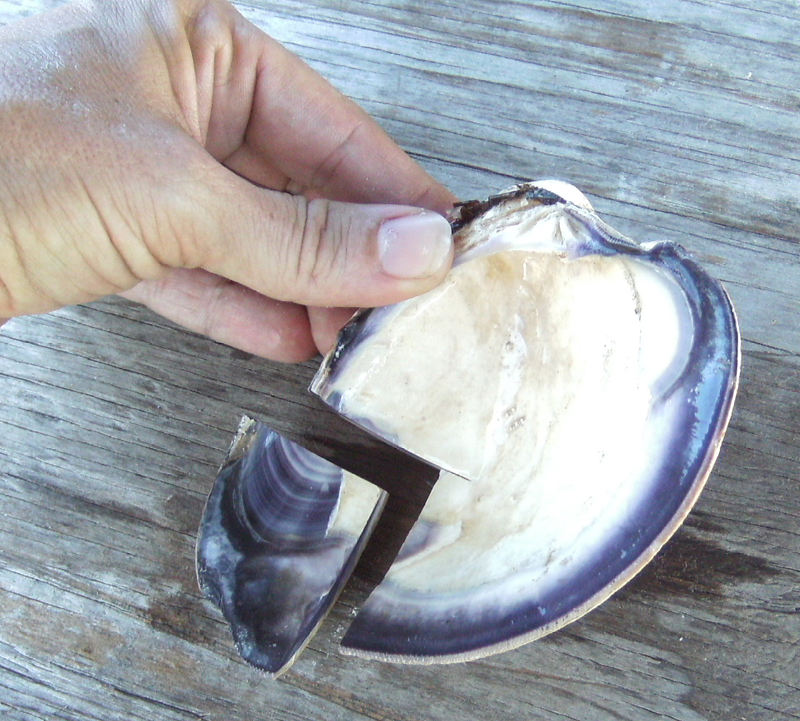 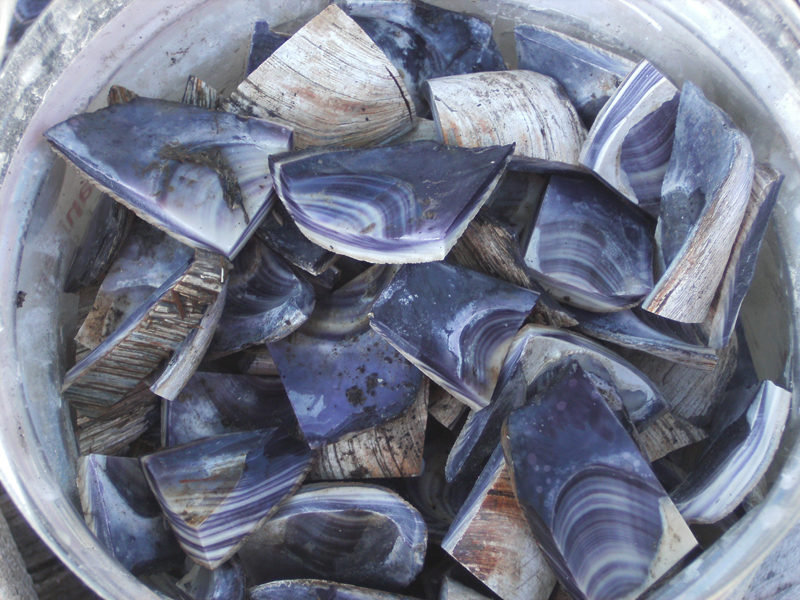 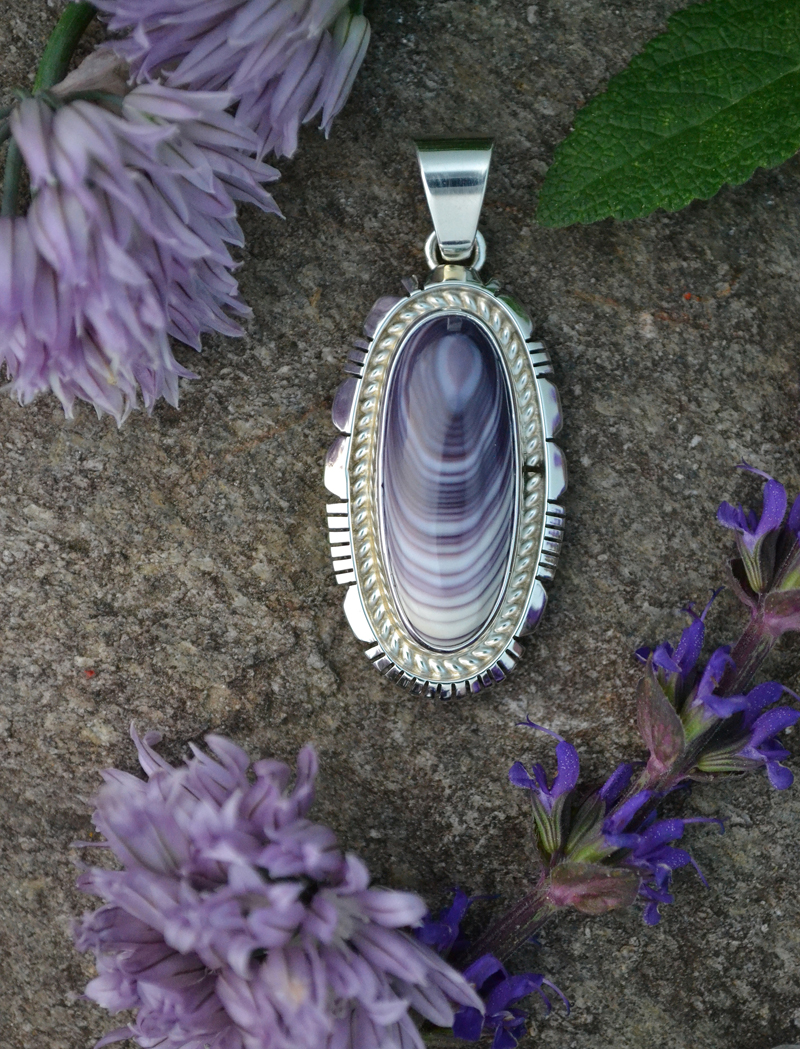 WAMPUM is made from one of the hardest and most beautiful shells in the world: the Northern Quahog, a clam found along the New England coast.

The white and purple layers of the shell create most beautiful patterns. Every single piece shows a unique and natural beauty.  The name origins from an Algonquin word [‘wampi’ = white].

Only a small percentage of Wampum shells have deep layers of purple and are thick enough to make beads and jewelry-stones (cabochons).

It takes a long time to gather and sort available shells to accumulate a considerable amount of colorful, usable, thick, quality pieces.Those are rare and hard to get, which makes it even more valuable.

The traditional Wampum was handmade shell beads, highly valued and traded by different Native American Tribes, long before the first Europeans arrived. Later, the new settlers recognized the value of the beads and started to mass-produce Wampum with their 'modern' technology. The Indians called the mass-produced beads “faked Wampum”. The concept of 'money' was introduced by the Europeans and made no sense in Native American philosophy. Still, the Wampum became the first officially acknowledged Native American currency and that's what it is mainly remembered as today. We are passionate about changing this and bringing back the forgotten beauty and cultural value.

Little known, the Wampum is one of the most important items of the Cherokee people. Beads were used in holding and delivering a message. Belts, woven out of Wampum beads, tell about duties and responsibilities in life, or capture the agreement of a meeting or council.

Wampum was given to the Cherokee people by the peacemaker to help the 'Principal people' (as the Cherokee called themselves) in times of hardship and despair. The Cherokees have seven Wampum belts that are still in existence and cared for. 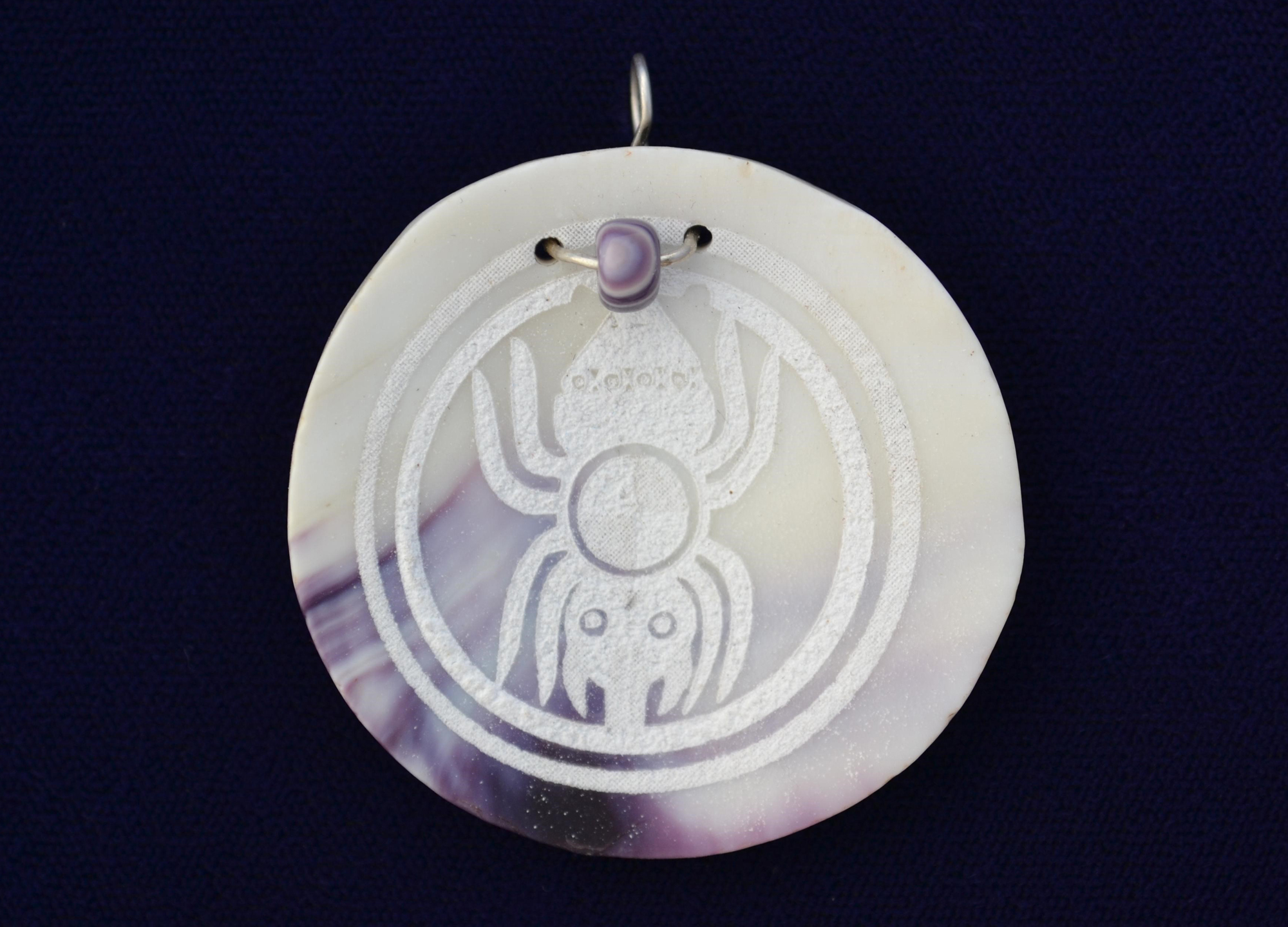