The Meaning Behind The Design 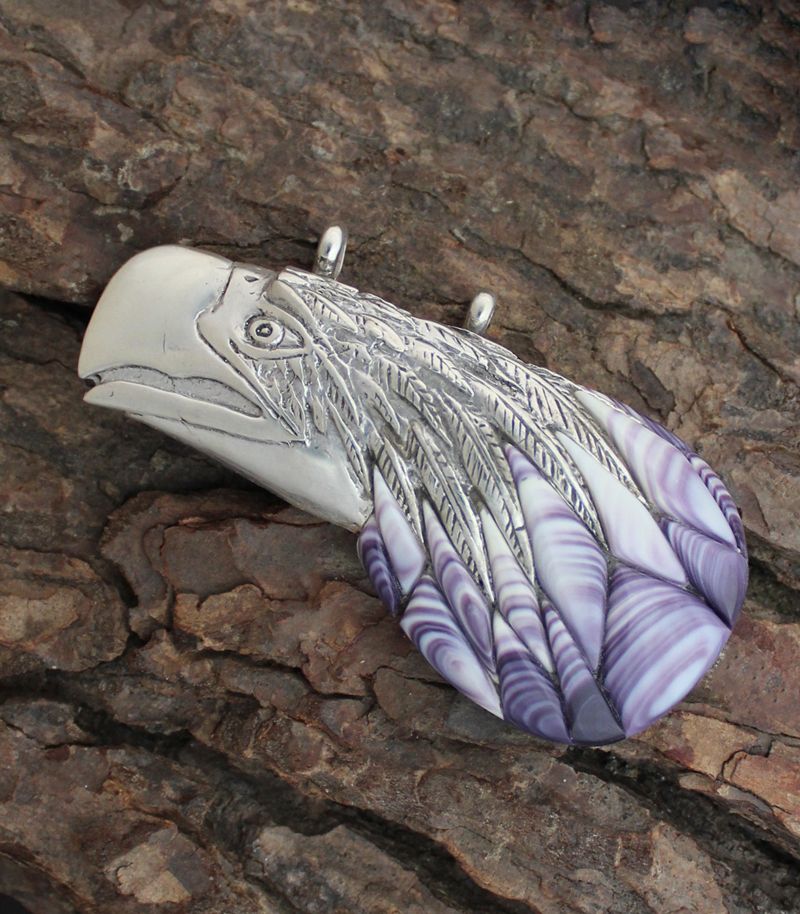 General B. Grant shares his thoughts and understanding about the Eagle-with-Wampum-inlay-design.:

When the Iroquoise (the Cherokee) started praying, it took them hours to do those prayers. They started at the lowest point, which is below the water and the mud. They would recognize everything, as they would move forward. And forward-motion is upward. And so, when they come from underneath the water to the highest point, which is in the air, men seen that the eagle would be the one that flew the highest. So the eagle and the feathers would represent that. When you look at the prayer, it involved EVERY LIVING THING in between those two points and is giving recognition to life itself, giving highest regards to everything at the moment I just mentioned. So that’s what makes everything equal. When you say ‘all my relations’ it’s the same thing.

General also shared the process of manufacturing this pendant:

I took a deer antler and cut it in half; then put it back together and then carved it to create both sides, a right and a left. Then I hollowed it out, so that whenever I poured it in Silver it wouldn’t be heavy. So actually this piece is 3-dimensional, and is filled with the (Wampum) shell that I gathered and I cut and put it inside to give it this ‘from one motion to the other’. I married the two. A marriage means, the eagle and the shell is so interwoven, the only way that you can tell that there is a difference is because there are two different mediums.